Amendments to the Decree on Treasury Support for Credit Guarantee Institutions 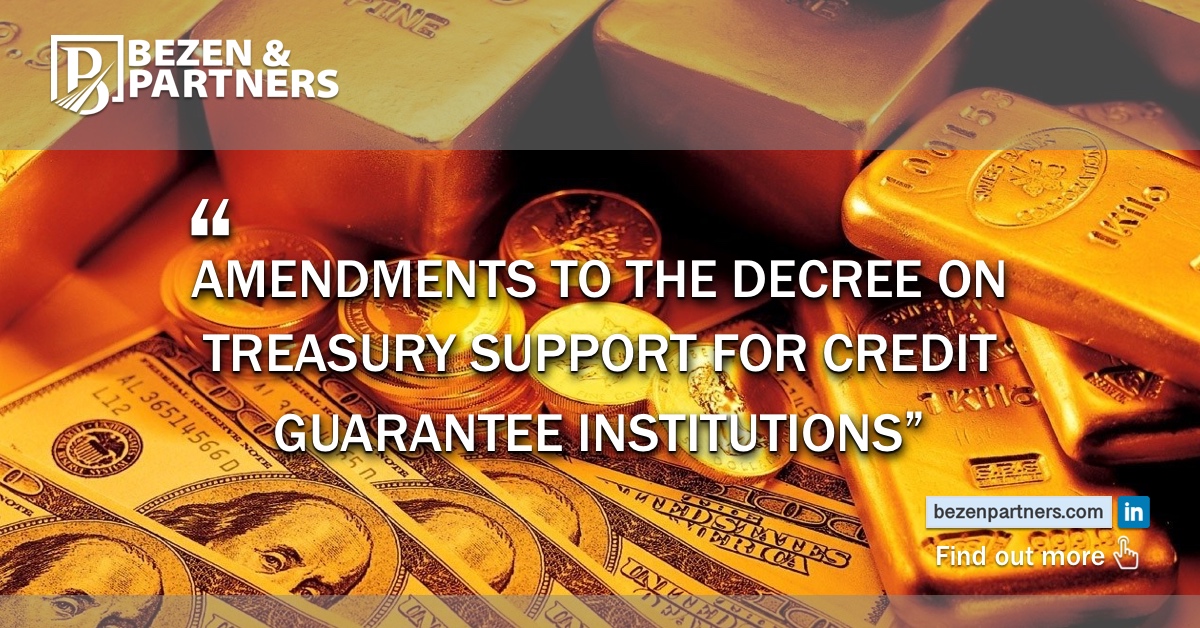 Kredi Garanti Fonu A.Ş. (“KGF”) is a credit guarantee institution established in the early 90’s to support small and medium-sized enterprises (SMEs) that would otherwise not have access to credit, by sharing or assuming default risks through financial guarantees. In recent years, KGF has received incrementally greater Treasury support allocations, with the allocation ceiling being raised from TL1 billion to TL2 billion in 2015 and to TL25 billion in 2017, helping KGF become a critically important resource for many SMEs amidst tightening liquidity and difficult market conditions.

The Decree on Treasury Support for Credit Guarantee Institutions (the “Treasury Support Decree”) which regulates, among other things, the terms and conditions of the provision of financial guarantees funded from Treasury allocations, was amended on 11 October 2018. In broad terms, the amendments to the Treasury Support Decree bring relaxations to the bounds of acceptable distressed restructurings of covered loans, an increase to maximum cover limits and clarifications relating to their re-calculation in the context of restructurings. Additionally and perhaps most notably, the amendments require that a restructuring option be presented to debtors before claims can be brought under KGF covers.

Article 4/1(b)-4 of the Treasury Support Decree sets out acceptable term structures for covered loans and their potential restructuring. Previously, it provided an upper limit for term extensions of 36 additional months from the date of restructuring.

The amended provision now provides that multiple restructurings can be effected so long as the affected loan stays within an aggregate term (starting from initial utilisation) of 96 months maximum on working capital loans (işletme kredileri) and 156 months maximum on investment loans (yatırım kredileri).

Another notable change to Article 4/1(b)-4 of the Treasury Support Decree is the removal of the requirement for interest payments to be collected at intervals no longer than 1 year during any non-amortising grace periods. The amended provision now provides that interest will need to “accrue” at intervals no longer than 1 year during grace periods but does not require them to be collected, potentially allowing accrued interest to be further deferred (and even capitalised), going forward.

The newly introduced Article 4/1(b)-15 of the Treasury Support Decree clarifies that, if a covered foreign currency or currency-indexed loan is converted into Turkish Lira as part of a distressed restructuring, the applicable cover limits will be re-calculated on the basis of Central Bank reference exchange rates (buying) as of the restructuring date.

Article 6/2 of the Treasury Support Decree was amended to require that lenders offer a restructuring option pursuant to the “Regulation on the Restructuring of the Loans Owed to the Financial Sector” before they claim compensation under applicable KGF covers.