Amendments to the Law on Movable Pledges in Commercial Transactions 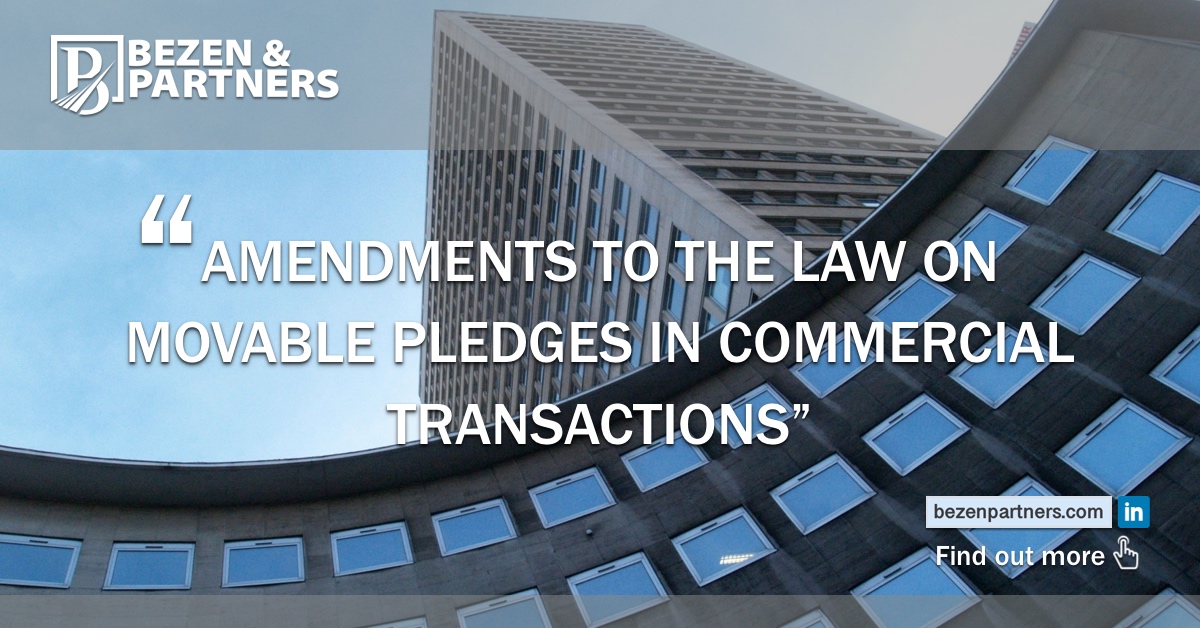 The Law on Amendment to Certain Laws to Improve the Investment Environment (the “Amending Law”) has been published in the Official Gazette numbered 30356 and dated 10 March 2018. The Amending Law introduces a substantial suite of amendments to various legislation across a wide range of subject matter, each worthy of separate analysis.

This article will discuss amendments to the Law on Movable Pledges in Commercial Transactions (the “Movable Pledge Law”).

Unfortunately, the Movables Pledge Law in its original form was, at least for many market participants, ourselves included, fell short of these expectations. It suffered from many ambiguities, conflicts with general law principles and gaps.

The changes brought about by the Amending Law attempt to remedy some of these issues, presumably based off market feedback following original enactment of the Movable Pledge Law in 2016.

As discussed below, while some changes are definite improvements, some appear suitable to create further legal uncertainty, making it difficult to regard the changes as an overall net positive.

The Amending Law introduces a new sub-paragraph stating “any similar kind of movable assets and rights” to this previously exhaustive list.

This catch-all type addition is in clear conflict with the exhaustive nature originally intended for the Movable Pledge Law. Furthermore and beyond a technical legal concern, it seems difficult for commercial parties and legal practitioners to get comfortable around whether an asset class constitutes an eligibly “similar” asset without the benefit of a robust body of court precedents, which would presumably need years to accumulate.

Article 7 of the Movable Pledge Law entitled “Commingling” which provided an express right to claim a proportional pledge over commingled assets has now been replaced entirely and, much more appropriately, matters of commingling have been deferred to general provisions.

The re-cast article 7 of the Movable Pledge Law entitled “Scope of Pledge” now addresses points around substitute assets (such as insurance proceeds, interest income and other proceeds) and creditor protection on subsequent transfers.

The approach to proceeds and substitute assets are confirmations of general law positions and from this perspective it is arguable whether they were necessary at all. But at least, it does not appear readily suitable to create legal uncertainty which the remainder of the article, unfortunately, does to increasing degrees.

The third paragraph of article 7 of the Movable Pledge Law provides, very unhelpfully, that a bona fide purchaser of a pledged asset without actual or deemed knowledge of the pledge will be offered protection meaning security will fall away on completion of such transfer. Questions of interpretation around the role of the pledge registry in creating deemed knowledge is far from straightforward and coupled with practical difficulties in establishing deemed knowledge in legal proceedings, this change risks substantially diminishing the value and legal protection offered by a registrable non-possessory pledge.

The Movable Pledges Law provides a number of special enforcement options. The way in which these options were worded created a legal discussion as to whether general enforcement and liquidation proceedings could be pursued by creditors.

The Amending Law clarifies this matter by providing a general right to seek recovery by way of ordinary enforcement proceedings in addition to any special remedies under the Movable Pledge Law.

Additional notable amendments brought about by the Amending Law include the following: