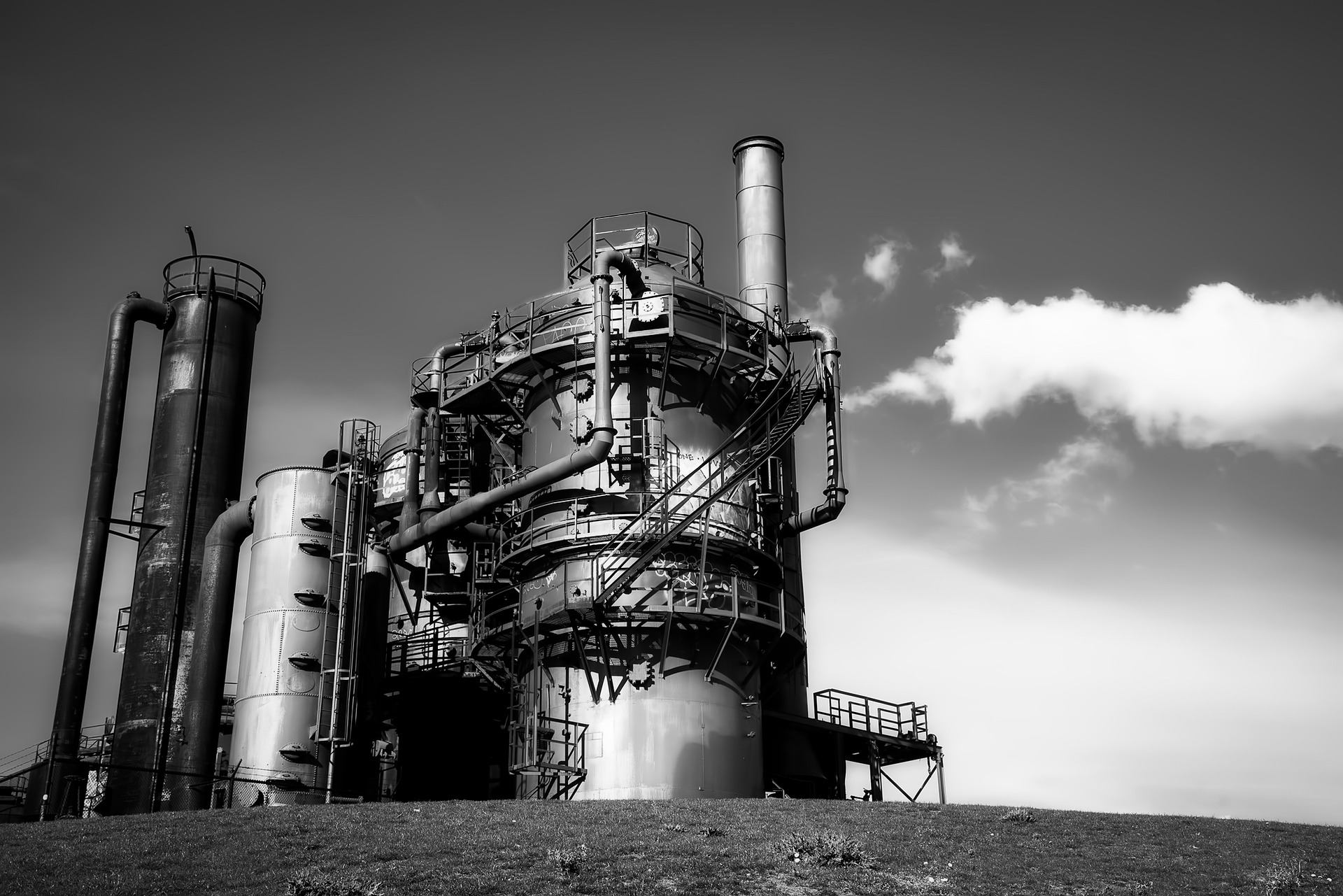 Several amendments to the Mining Law numbered 3213 (“the Mining Law”)[1] and the Natural Gas Market Law numbered 4646 (“Natural Gas Market Law”)[2] have entered into force with the Omnibus Law. In general, such amendments aim to reduce Turkey’s dependence on energy, promote effective utilisation of the country’s mineral resources, encourage the use of natural gas resources and pave the way for new investments.

The Amendments to the Mining Law

According to Article 13 of the Mining Law, it was obligatory to pay the annual licence fee until the last day of January each year. Before the Omnibus Law, if such fee had not been paid until such deadline, this fee would have been doubled and would have been required to be deposited by the end of June of the same year. If not, the relevant licences had been cancelled. However, following the amendments introduced to Article 13 of the Mining Law with the Omnibus Law, going forward, default interest set out in the Law on Collection Procedure of Public Receivables numbered 6183[3]  (the “Law Numbered 6183”) will instead be applied to the amount of the fee that has not been paid by the end of January.

Prior to the Omnibus Law, an extension request regarding the licence term had to be made within six months before the expiry of such licence term. The Omnibus Law has extended such period to twelve months. However, the licence will be cancelled if the application for extension is not completed within 6 months prior to the expiry of such licence at the latest. Further, an administrative fine of TL 100,000 (approximately USD 13,000)[4] will be applied to those who do not comply with this requirement.

It was also clarified that the requirement for the applicant not to have any outstanding unpaid debt during the licensing procedure will no longer be sought except in the case of: (i) applications for a mining licence and a mining operation licence; (ii) merging, extension, transfer and passing of such licences by way of succession; and (iii) refunds of environmental compliance fees.

The Omnibus Law now allows a transferee of an existing licence issued for a site operated under a royalty agreement (rödovans sahaları) to benefit from exemptions and permits granted vis-à-vis the transferred licence provided that such transferee undertakes not to exceed any existing capacity.

The Omnibus Law provides certain VAT exemptions to incentivise and expedite investments. Further, new provisions were introduced to the Natural Gas Market Law to ensure the safety and continuity of the natural gas supply. The so-called Organised Natural Gas Wholesale Market (the “OTSP”) is now regulated in the Natural Gas Market Law and a so-called “final resort supply” mechanism has been established. Lastly, the purchase of goods and services by BOTAŞ[5] has been excluded from the scope of the Public Procurement Law numbered 4734[6] (the “Public Procurement Law”).

Article 6 of the Omnibus Law revised the definitions of “Production”, “Transmission” and “Importer Company” allowing locally sourced natural gas to be directly supplied to the distribution network. Further, companies that export LNG are now allowed to import spot natural gas and LNG, and transport such LNG between import and export terminals without any additional transportation licence.

Additionally, from now on, private and public entities wishing to trade LNG may start their export activities without having to obtain an LNG transmission licence. This needs to be included in the relevant licensee’s export licence but such licensee will not be able to carry out any delivery activity within the country.

The Omnibus Law further aims to facilitate investments in the areas where there is no existing development plan. If the relevant distribution company undertakes the costs itself and a decision of the relevant municipal council is obtained, such distribution company may invest in such new network infrastructure even where the newly constructed network will have to be relocated within the next ten years following the finalisation of any development plan. This amendment intends to expedite the process of conveying natural gas to areas in need of development.

In case new networks are to be constructed in the expansion regions attached to the existing distribution regions, the relevant municipalities will not be allowed to request any fee from distribution companies and will have to bear the asphalt coating costs of the excavation sites used for constructing a natural gas distribution network.

The Omnibus Law introduces a system already existing in the electricity market: the so-called “last resort supplier” system.  Accordingly, natural gas supply will be provided to eligible consumers who are procuring gas from suppliers that are no longer able to perform their obligations due to various reasons (such as insolvency, cancellation of licences and/or failure to meet their obligations regarding the OTSP). In such case, consumers will be supplied by other licensees authorised by the Board (as the “last resort supplier”) in accordance with the methods determined by the Board.

Article 6 of the Omnibus Law includes the OTSP in the Natural Gas Market Law as a tool to manage purchase and sale activities and to balance the natural gas market. The OTSP will manage both intra-day natural gas transactions and future-dated transactions requiring actual physical delivery as well as any other operations determined by the Board.

As part of these, the Board is granted with the authority to encourage and even oblige one or more licensees to trade a certain amount of natural gas through the OTSP. In this sense, the Board now holds the right to act in a way similar to the concept of a “market maker” as accustomed to in the international markets.

The Omnibus Law provides important provisions concerning companies incorporated abroad by public economic enterprises affiliated to the Ministry of Energy and Natural Resources and their affiliates operating in oil, natural gas and mining. Shareholders (e.g. BOTAŞ) of such off-shore companies are provided with the right to incorporate another company in the Republic of Turkey with the same field of activity, business name, capital and shareholding structure provided that such off-shore company already has an existing branch in the Republic of Turkey. Accordingly, all rights, receivables, obligations, assets and even personnel of off-shore companies may now be transferred to newly established domestic companies. The liquidation procedure of Turkish branches of such offshore companies has also been simplified to ease  the transition. Further, the Omnibus Law amends the Value Added Tax Law numbered 3065[7] to exempt such transfers from VAT.

Hence, off-shore companies incorporated by State entities and organisations may now easily transfer their operations from abroad to the Republic of Turkey.

The Omnibus Law introduces various solutions in respect of interruptions of the natural gas supply, especially during winter months. Prior to the amendments, when the approximate value of potential natural gas purchases to be carried out by BOTAŞ by way of import exceeded TL 14,877,509 (approximately USD 2 million), this needed to be tendered under the Public Procurement Law. However, considering the increase in supply during the winter months due to a high demand, such purchases almost always exceeded such monetary threshold, causing each import transaction to be carried out by way of a tender. The Omnibus Law now excludes natural gas purchases by BOTAŞ from the scope of the Public Procurement Law.

Lastly, oil and natural gas exploration, drilling, supply, transmission, storage and gasification activities of BOTAŞ and its affiliates have now also been excluded from the scope of the Public Procurement Law.

In general, the Omnibus Law includes changes to promote a more efficient use of the Republic of Turkey’s natural resources and an increased supply and competition in the market. With this in mind, the amendments have taken a step forward to overcome several setbacks encountered in practice and to encourage a faster and more flexible bureaucratic process while maintaining supply, in particular local supply, in the market. The mining and natural gas markets are projected to have a larger share in the gross national product of the country.[8] The new regulations are intended to accomplish this.

[8] Commentary to the Law Amending the Electricity Market Law and Certain Other Laws numbered 7257, published in the Official Gazette dated 2 December 2020 and numbered 31322