New Renewable Energy Resource Areas Tenders to be Held in 2018 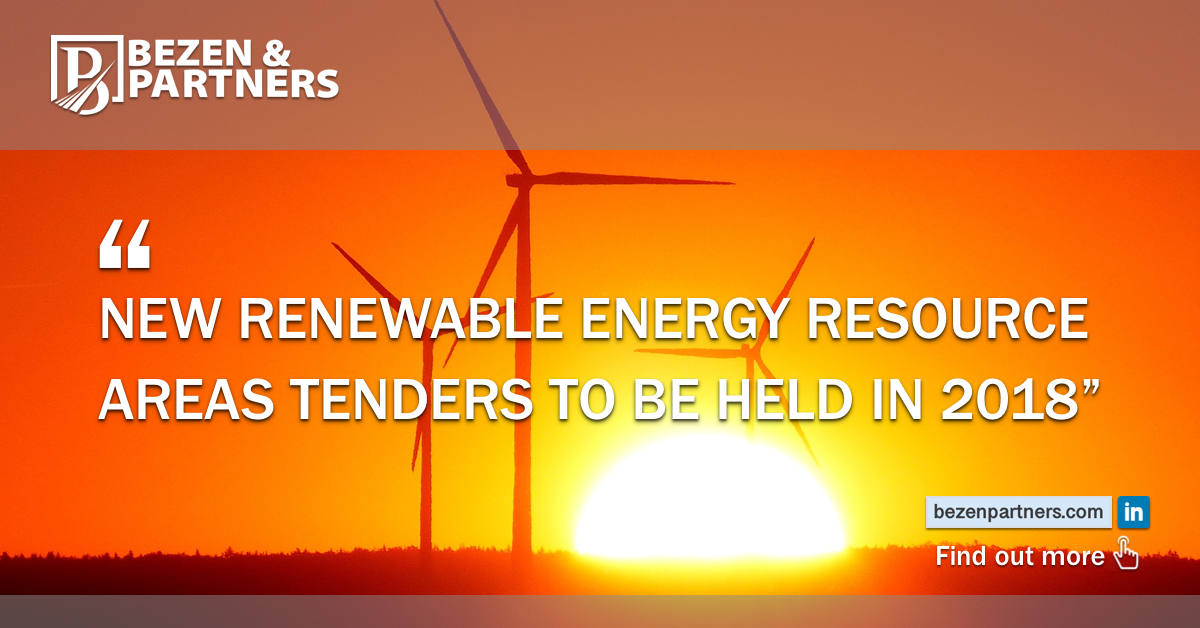 Legal Background and the Previous Tenders

On 23 March 2018, the General Directorate of Renewable Energy (“DGRE”) announced that it has designated new potential RE-ZONEs for the upcoming tenders to be held in 2018. According to the announcement, i) Saros, ii) Gelibolu, and iii) Kıyıköy (all located in Northwestern Turkey) are determined as potential RE-ZONEs for wind energy projects. As for solar energy projects, i) Hatay-Erzin, ii) Niğde-Bor, and iii) Şanlıurfa-Viranşehir are listed as potential RE-ZONEs. Once the feasibility works in respect of these potential areas are completed, DGRE will announce the appropriate sites as RE-ZONEs and the tender specifications will be drafted accordingly.

Turkey continues its efforts in the wind energy sector and strives to realise many more projects to utilise its wind potential more efficiently. Off-shore wind farms are in the spotlight worldwide since they operate at higher efficiency levels compared to wind farms on-shore. Given the fact that Turkey has a huge off-shore wind energy potential, the first off-shore tender to be held this year will be an important step to tap into such potential and contribute to the energy supply security.