Amendments to Decree No. 32 Regarding the Protection of the Value of the Turkish Lira 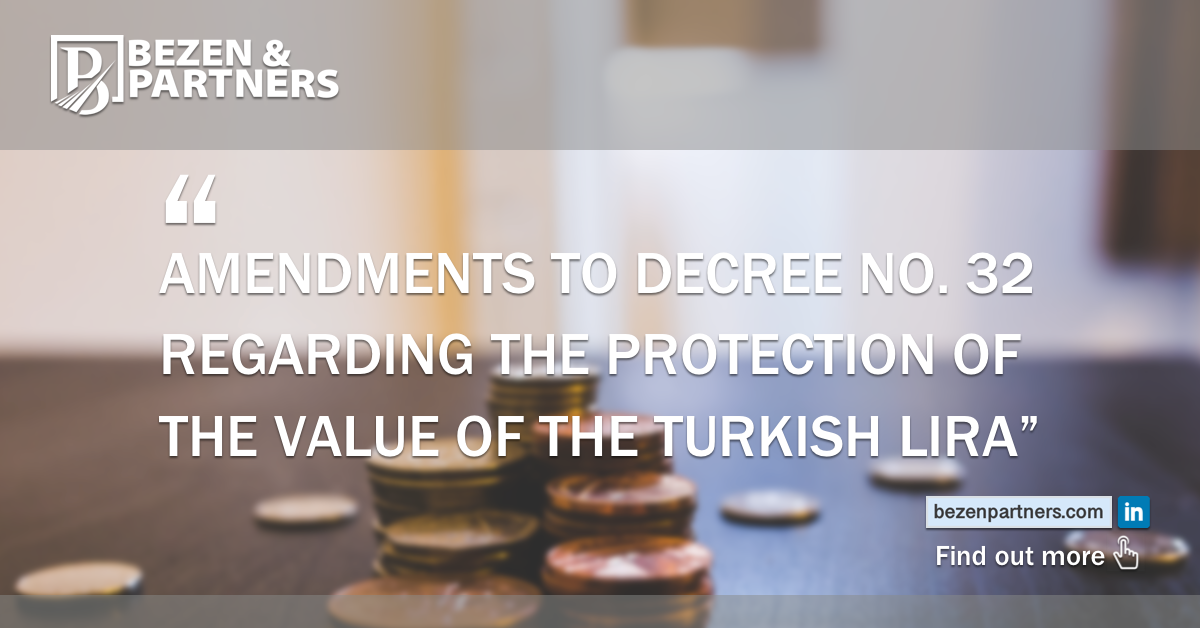 The Council of Ministers’ has recently adopted changes to Decree No. 32 Regarding the Protection of the Value of the Turkish Lira (“Decree No. 32”) which governs the general currency control and capital flows regime of the Republic of Turkey.

The amending decision (the “Amending Decision”), published in the Official Gazette numbered 30312 and dated 25 January 2018, introduces various limits and restrictions to the use of foreign currency and currency-indexed loans by Turkish residents effective as from 02 May 2018 (the “Effective Date”).

The Amending Decision provides that Turkish residents, both natural and corporate, will not be permitted to utilise currency-indexed loans following the Effective Date. This will apply to loans from domestic sources as well as foreign, effectively constituting a categorical restriction on all indexed loans made in or to Turkey.

The Amending Decision also, and perhaps most importantly, introduces limitations on foreign currency borrowings by corporations and other legal entities.

Following the Effective Date, Turkish corporates will be able to take on additional foreign currency exposure only if, at the time of incurrence, their aggregate “foreign currency credit balance” is equal to or greater than USD15 million or they have sufficient foreign currency income or benefit from one of the other, relatively limited and specific exemptions provided by the Amending Decision (primarily relating to public-private-procurement projects and international tenders).

To summarise the new regime as from the Effective Date is provided below: