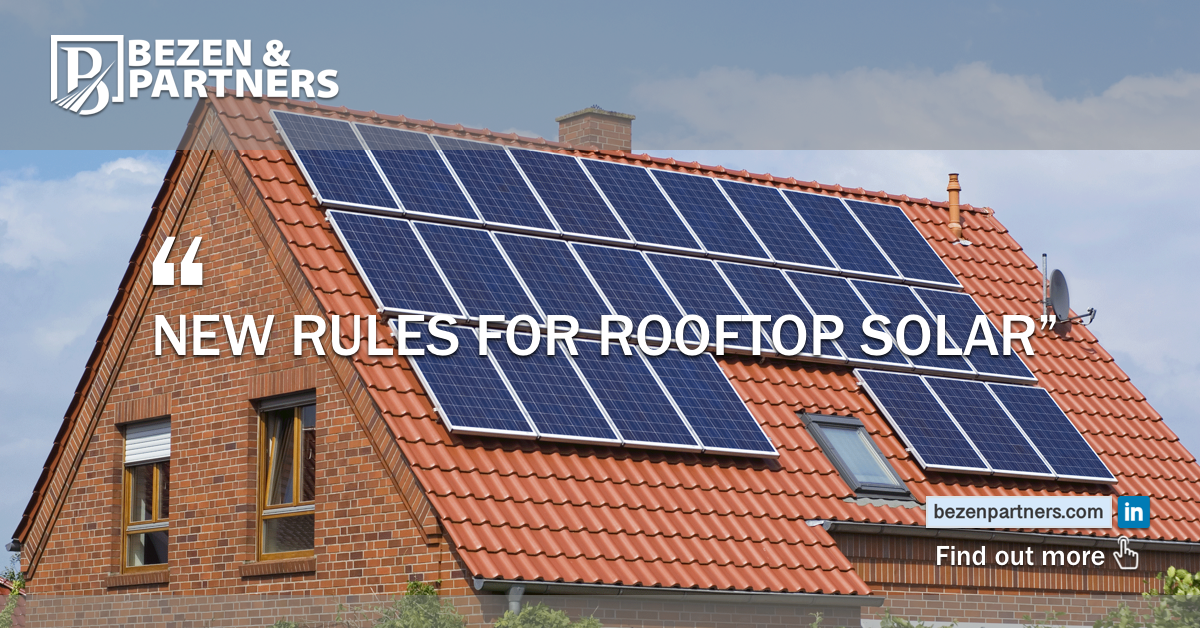 The Energy Market Regulatory Authority (“EMRA”) has adopted a new decision published in the Official Gazette dated 18 January 2018 and numbered 30305 concerning the terms and conditions for unlicensed power plants based on solar energy and the utilisation of excess energy from such plants (the “EMRA Decision”).

An earlier draft of the EMRA Decision – which has subsequently been termed in shorthand as the “rooftop regulation” in the market – was opened for public comment in April 2017 to gauge the expectations of market participants. Following market feedback, the EMRA Decision has been issued in January 2018 which covers roof and facade installations (cephe uygulamaları) and aims provide an expedited grid connection process to eligible facilities.

Power plants eligible for the expedited processes under the EMRA Decision will be those which:

Power plants which do not share the same measurement point with their registered consumption facilities will not be eligible to apply for grid connection rights under the EMRA Decision.

Rules and Procedures for Application

A connection application is submitted to the relevant distribution company together with the documents listed in Annex-1 and Annex-2 of the EMRA Decision.

Annex-1 of the EMRA Decision lists the following documents:

1. Application form for unlicensed generation connection (provided in Annex-4 of the EMRA Decision).

2. ID photocopy of real persons/originals or notarised copies of signature circulars of the representatives of legal entities.

3. With respect to the areas where the power plant will be constructed:

4. With respect to the consumption facility:

Evaluation of the Applications

Applications are reviewed by the relevant distribution companies.

Applications for power plants up to and including 3 kW are awarded with a call letter automatically and without regard to available capacity connection agreements and the number of total applications. For such applications, a call letter is issued immediately following application.

For other applications, evaluation is completed within the first twenty days of the following month. If there are no missing documentation and there is available capacity in the relevant transformation station, a call letter is issued to applicants.

A recipient of a call letter is required to obtain approval for its project within ninety days. Such project approval is given by institutions determined by the Ministry of Energy and Natural Resources.

Note that the EMRA Decision allows for a transfer of the power plant prior to provisional acceptance on the condition that its registered consumption facility remains the same.

In accordance with Article 18 of the Regulation, the sale and purchase of excess electricity needs to be based on the prices (i.e. the feed-in-tariff) set out in the Law on the Utilisation of the Renewable Energy Sources for the Purposes of Generating Electrical Energy dated 10 May 2005 and numbered 5346 (the “RES Law”) for a period of ten years commencing from the date of provisional acceptance.

With the introduction of the EMRA Decision, a set of new rules are adopted in order to provide a more expedited process, reducing project costs and encouraging the more widespread use of non-commercial solar generation.