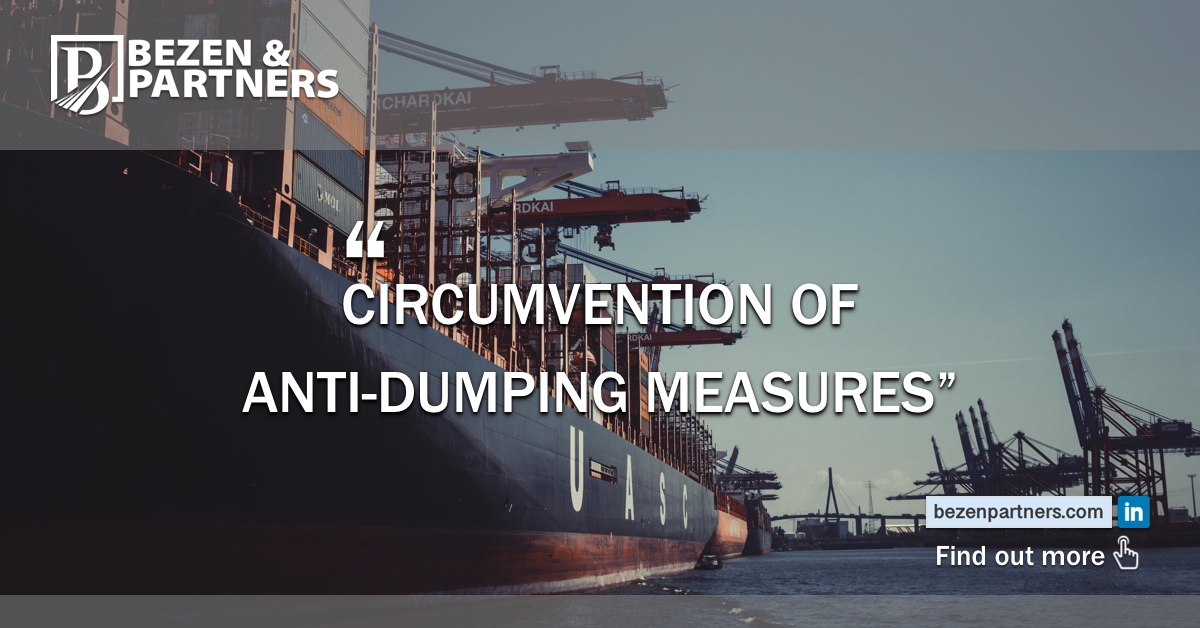 Although the Regulation is generally compatible with the relevant European Union (the “EU”) legislation[3], there are some points that take a different approach to EU legislation, particularly in relation to the circumvention of anti-dumping measures.

By way of brief background, the main intention behind anti-dumping measures is to prevent the import of products at “dumped prices” and/or “predatory prices” in order to ensure that the local market is able to compete and develop.

Circumvention and the practice of “assembly dumping”

Both Turkish and EU legislation regulate the circumvention of anti-dumping measures.

EU legislation defines “circumvention” as follows: “[…] a change in the pattern of trade between third countries and the Union or between individual companies in the country subject to measures and the Union, which stems from a practice, process or work for which there is insufficient due cause or economic justification other than the imposition of the duty, and where there is evidence of injury or that the remedial effects of the duty are being undermined in terms of the prices and/or quantities of the like product, and where there is evidence of dumping in relation to the normal values previously established for the like product [...]”.

Pursuant to international anti-dumping literature, “assembly dumping” is, in essence, the practice of importing all or certain components of the end-product at dumped/subsidised prices in order to enable an importer to circumvent any potential anti-dumping measures that would have been implemented to the end-product if it were imported in its assembled and final form. In the context of “assembly dumping”, the components imported at dumped prices are assembled in the country in which the end-product is intended to be sold and consequently, the end product is sold without paying any anti-dumping taxes that would otherwise have been payable, to the potential detriment of the local market.

EU legislation sets forth a specific benchmark and provides that if the components imported at dumped/subsidised prices (and which have the same country of origin with products against which anti-dumping measures have been taken) form 60% of the total cost of the end-product, then the relevant assembly is considered to be “assembly dumping” and anti-dumping taxes on the components might be levied as a result.

The applicable Turkish legislation, on the other hand, does not specifically use the term “assembly dumping” but rather introduces a more generic provision to regulate circumvention. Article 38 of the Regulation sets forth that local manufacturers who are of the belief that any anti-dumping measures in force are being circumvented in any way, are entitled to apply to the Ministry of Economy of the Republic of Turkey, the General Directorate of Imports (the “General Directorate”) for the purpose of initiating an investigation in this respect. The General Directorate is also entitled to initiate such an investigation at its own discretion, without a request from local manufacturers.

An amendment to the Regulation in a manner which would enable the importers/manufacturers to be able to understand in advance whether an end-product could be under risk of constituting “assembly dumping” would be best practice.

For example, introducing a threshold similar to that under EU legislation would assist importers/manufacturers in identifying commercial risks beforehand and help in the implementation of commercially feasible structures.

Particularly, since anti-dumping measures can also be implemented retroactively, the importance of removing ambiguity, room for interpretation and the risk of “case by case implementation” can be expected to improve anti-dumping/subsidy practices substantially.

[3] The EU Regulation numbered 2016/1036 on the Protection against Dumped Imports from Countries not Members of the European Union.